I have learned to keep my eyes open whenever I visit Capital Park Apartments each week. You never know what you just might catch a glimpse of. Sometimes I feel like I observe more of the Somali people's interaction there than I actually participate in it.

Last week, I was playing a pickup game of soccer with the younger boys when an argument broke out that ceased the play. Such an argument about the teams being unfair or the last play being a foul are typical. I was just thankful that no fists were flying during this particular one and decided to let them handle it. If we hadn't stopped playing, I probably would have never noticed a new boy I hadn't ever seen before. He quietly slipped out of one of the apartments, invisible but to me and a few others. Those who did notice apparently wished they hadn't. They hurled insults at him and ran away from him as soon as he approached them. It didn't take me long to figure out why. Judging by his facial features and the manner in which he ran it was obvious that this little boy had Down Syndrome. A closer look told me the extent of his treatment: one of his eyes was swollen shut, my guess from a a beating, and his hair was all mangled. I was just about to approach him and talk to him when he suddenly ran right back into the apartment. He slipped right back in, and everyone relaxed and carried on as usual.

That's where everyone thought he belonged. He had no place out here with the rest of us. He belonged behind the closed door of that lone apartment, separate from the rest of the community.The truth is, we push people just like this little boy behind closed doors all the time. We force them out on the fringes of society where they are isolated and silent. Pain and suffering and stuff that is not "normal" bothers us.

Last Saturday I went to a Jewish synagogue for a Bat Mitzvah. After the ceremony, the rabbi talked to my friend and I to answer our questions. One of the things the rabbi touched on was the ideas of "clean" and "unclean." In the Hebrew mind, something that was denoted "unclean" wasn't so much dirty as it was out of place. He demonstrated by placing his used paper plate with food residue on the floor. That was dirty. But when he placed it in the trash, it was suddenly clean. Had the paper plate changed any? No. The only the that had changed was its placement.

In the first century, people were "unclean" and forced to live in their own communities outside of the cities. Along comes this radical man named Jesus, who, instead of driving "unclean" people away from Him, invites them in and eats with them. He touches lepers. He forgives a woman caught in the act of adultery. That made the Pharisees and rulers of the Law mad. When it comes down to it, compassion provokes people to anger because it forces them to acknowledge suffering and take it seroiusly.

A little compassion is a powerful weapon. 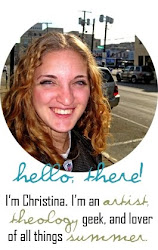